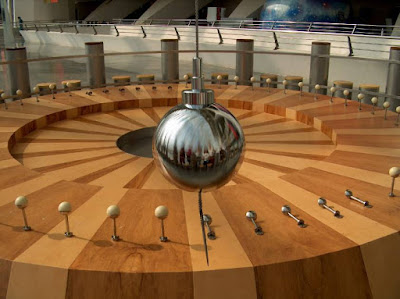 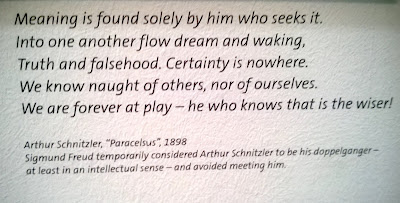 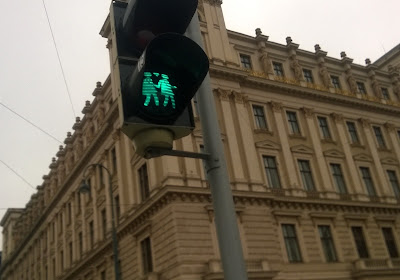 Posted by Rutul Joshi at 7:21 PM 8 comments: Links to this post

Indian cities should discourage cars completely, not just restrict them!

Delhi's odd-even experiment will be messy, contested and incremental, but restrictions on using cars are here to stay.

The odd-even rationing of roads in Delhi has got everyone talking about air pollution, public transport, carpooling and parking charges. It’s amusing that issues that until recently were confined to policy and academic circles have suddenly entered the public discourse. While this reaffirms the belief that an issue’s proximity to Delhi is directly proportionate to its media coverage, it doesn’t change the reality that the air pollution levels in the capital and other cities are indicative of a public health crisis. And it’s a crisis that has been created by placing our relentless appetite for private automobiles above human interest.
Automobiles dominate our cities and our minds. “Traffic congestion” is part of everyday lexicon and building of flyovers is widely used to claim development in cities. Like the mythological demon that kept gobbling, the demands for uninterrupted traffic flow, wider roads and more flyovers remain unsatisfied.
Private automobiles have become dominant thanks to cheaper loans, lenient taxation, demand for free parking spaces and the absence of effective road-pricing mechanisms. “Car seva” remains the unofficial motto of our urban policies, putting a dent in the city’s budget while officials get criticised for not supplying enough essential “infrastructure” for smooth and fast traffic movement. The large number of litigations against the odd-even car use restrictions in Delhi and the bitter criticism of the capital’s Bus Rapid Transit System illustrate how the incumbent automobile regime resists any form of usage restrictions or re-prioritisation.
Here, there and everywhere
The space occupied by automobiles – moving or parked – is viewed as inevitable and legitimate over other urban activities such as play areas for children or street trading. A car or a motorbike are not only “utility vehicles” but are fast becoming personalised objects of cultural consumption. Popular media and automobile advertisements continue to portray automobiles as symbols of greater freedom and higher social status.
Ownership of an automobile brings a sense of entitlement for consuming increasingly more road space. We have fallaciously linked automobiles and the upgrade from a motorbike to a car as the only possible curve of social and economic progress. Similarly, a spurt in the private automobile sector is viewed as a pathway for economic growth. The automobile regime encompasses political, economic, social and cultural vested interests developed around the relentless consumption of automobile use.
The dominance of automobiles also affects other transport modes and access to public spaces. As automobiles appropriate more and more space, the use and quality of public transport and the share of walking and cycling in commuting declines. Even so, walking and cycling constitute 40% share in urban travel, according to the latest census.
Pedestrians and cyclists scavenge for road space. Jaywalking is not pleasant in most cities. Automobile-free areas, where one can walk freely, children can play carelessly or where the elderly can relax, are rare, gated, exclusive, and at times expensive.
Housing colonies, institutions, streets are infested with parked automobiles, each of them giving up on other activities to accommodate the vehicles. Soon, Gurgaon-like suburbs proliferating in cities around India will lock their residents into an automobile-centric culture, just like the residents of the low-density sprawling suburbs of the North American cities.
We live in cities made for automobiles, honking is an inevitable part of our urban soundscapes, and breathing the foul air emanating from automobiles completes our urban lives. While private automobiles are not solely responsible for air pollution, the dominance of the automobile regime severely affects the quality of urban life.
Long-term projections show that by 2050, the majority of urban travellers in India will depend on public transport of various forms including the para-transits, walking and cycling, carpools or car share if they become popular.
Future course
Despite high vehicle ownership, cities in industrialised countries have reversed their public policies and have started restricting the use of automobiles in one way or the other.
So how will the restrictions on automobile consumption become a political priority in India? Do we have political constituencies around promoting public transport today? Do people demand better buses – GPS-enabled, smart card-operated, etc. – instead of cheaper fuel for their private vehicles? Shouldn’t we have a Pradhan Mantri Rashtriya Shahari Footpath Yojana? Will cycling to work be incentivised in the Smart Cities Mission?
There is a silver lining. The problem of automobile dominance in the city affects the elite class, and that’s why there is such a hue and cry at the moment. Delhi’s odd-even car use restrictions have initiated politics of differential mobility on a large scale – a little niche to discuss alternative ways of moving around the city, a first step to dismantling the idea that car ownership gives you god-given rights to the road space.
The policy may not be completely rational and the government might not have the wherewithal to fully implement it initially. But let’s remember that public interventions in India are messy, contested and incremental.
The odd-even formula from Delhi will slowly get more people on board to understand that restrictions on the use of cars are here to stay. It will grow into two-wheeler restrictions, carpooling and, hopefully, better public transport integration.
As long as the Delhi government is keen to stay the course, these restrictions will become a reality in the capital and hopefully in many other Indian cities as well.
Published on 4th January, 2016. URL: http://scroll.in/article/801229/indian-cities-should-discourage-cars-completely-not-jut-restrict-them

Posted by Rutul Joshi at 7:26 PM No comments: Links to this post

True leaders lead by action: A welcome change among the politicians!

True leaders lead by action: A welcome change among the politicians (that 'practice what you preach' comes back in political fashion) 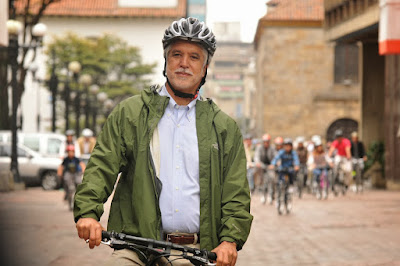 - Ahmedabad mayor Gautam Shah has decided to take the BRTS to his office once a month. Last Monday, he initiated his resolve by commuting to his office via BRTS instead of his official car and he used the public transport throughout the day.
- A municipal corporater from Asarawa has resolved to cycle to the municipal corporation once a month. We hear the same news about a Member of Parliament who cycles to the Parliament everyday.
- Similarly, the Delhi government has decided to put in place the odd-even car use restrictions. The cabinet of Delhi lead the citizens by their own actions. Manish Sisodia, the deputy chief minister, has been cycling to office. Chief minister Arvind Kejariwal is car-pooling.
This is a welcome trend among the politicians across party lines. They are leading by actions. ‘Practice what you preach’ went out of political fashion in last two-three decades. But let us hope it is slowly coming back to public life and public discourse.This is a great trend nationally because the politicians are giving us an important message – individual actions actions matter.
One can be cynical and say that how much do these individual actions matter in the global picture of environmental protection. One trip less by car is not going to protect the environment. Well, it all starts with whether or not you believe in small actions and their power of transforming the world.
Unfortunately, the environmental discourse in India has not become about individual choices. The environmental discourse is more distant from one’s own self in India, where it is ‘some one else’ who is going to protect the environment, not ‘you’!
Some people also believe in ‘my right to pollute’ because we are a developing country. There is an assumption that we will have to pollute our way to prosperity. India as a country might take a bit longer to adopt to fully eco-friendly energy resources.That does not mean that we, as individuals will use that as an excuse not to change our polluting choices. We should not be comfortable with ‘right to pollute’ without exploring the alternatives. Environmental protection or more specifically, pollution-free cities is all about the individual choices that we make in our daily life.
Using a cycle to reach the office or taking public transport once in a while, will help us get out of the routine and try something new. Environmentally-friendly choices are also health friendly. The politicians have already shown us a way and now it is for the citizens do their bit. For politicians will go where we would like them to go. Do we want them to ‘practice what they preach’? Then we will also have to do the same – walk on the righteous path we expect others to walk. Finally, it is for us to decide if we want to make our individual actions matter.

This work is licensed under a Creative Commons Attribution-NonCommercial-NoDerivatives 4.0 International License.